Still confused? Don’t worry! Incorporating these terms in everyday language isn’t easy. In this article, we’ll share varying perspectives on using the terms AMAB/AFAB nonbinary. We’ll also help you understand what it means to have a nonbinary identity.

These acronyms were created to address the issues surrounding the labels MTF (Male to Female) or FTM (Female to Male). Some nonbinary or trans people have rejected these terms because it presupposes that they once belonged to their assigned sex.

Using the acronyms AFAB and AMAB is especially useful when describing trans or nonbinary experiences. That’s because it acknowledges that some experiences, like having similar secondary sex characteristics, are common amongst people with similar bodies – even though those bodies have nothing to do with your gender.

Keep in mind that some people find the terms AMAB/AFAB problematic because it categorizes trans people or non binary people according to their birth assignments. It can reduce the importance of their identity. There are also some folks who believe biological sex does not exist; therefore, we cannot classify people by simply looking at their anatomy.

Instead of calling a nonbinary person or trans woman “AMAB”, it’s better to use that person’s requested pronouns and go by their self-description.

There are plenty of terms that are often confused with being nonbinary. Below is our quick guide on how to distinguish them:

What Is A Nonbinary AMAB Person?

The term “AMAB” can describe anyone who was assigned male at birth, regardless of their gender. Meanwhile, an AMAB person who also identifies as nonbinary is considered a nonbinary AMAB.

“Trans” is an umbrella term for people who don’t relate to their assigned sex. However, only some nonbinary people refer to themselves as transgender, while others do not.

A nonbinary person does not identify with the sex they were assigned at birth and has a gender identity that cannot be classified as simply male or female. Meanwhile, a trans woman is someone who was assigned male at birth but identifies as female.

Being nonbinary does not equate to being intersex. While the former refers to your gender, intersex refers to individuals who have both female and male sexual and reproductive characteristics.

For example, some intersex people who were assigned female at birth because of the presence of a vulva may actually have the Y chromosome. In contrast, some non binary folks may have bodies that have traditionally all-female or all-male characteristics.

Nonbinary people have been around for centuries. In fact, records of non binary gender date back to 400 BC. These ancient records speak about Hijra people from India as having both masculine and feminine characteristics.

Most ancient records of nonbinary people are found in non-Western cultures. However, European colonizers instituted a binary construction of sex-based identity. Seeing records of nonbinary folks that date back centuries is useful when explaining that nonbinary genders are naturally part of society and should be celebrated.

How Do You Know If You’re AMAB Nonbinary?

Nonbinary is an umbrella term for many gender identities. Anyone whose gender experience is not similar to those experienced by cisgender women or cisgender men can identify as nonbinary.

One way to know if you are a nonbinary person is if you have both masculine and feminine traits. You can be nonbinary if your identity doesn’t align with the sex-based qualities that were forced upon you at birth. Basically, anyone whose identity doesn’t fall strictly under “male” or “female” may identify as nonbinary.

Reading stories about other nonbinary folks can help you explore your own identity. If any of their stories resonate with you and reflect your own experiences with gender, then you might also belong to this group.

Gender dysphoria refers to the sense of unease a person may feel because of a mismatch between their biological sex and identity. Some AMAB non binary folks may experience this when it comes to the following situations:

When you feel a sense of unease, it’s important to do some reflection on your identity. This will help you understand how you can better express yourself as an individual and where you are most comfortable.

Why Don’t I See Any AMAB Nonbinary People?

Before we move further, it’s important to understand the difference between gender identity and gender expression. Identity refers to your personal sense of gender. It cannot be derived from your physical attributes, such as your face, body, clothes, mannerisms, etc.

Meanwhile, gender expression refers to how you express yourself to the world. It can be masculine, feminine, or it can change over time.

If you are wondering, “Why is there so few AMAB nonbinary people?”, the reason may be because they are difficult to spot at first glance. You can’t look at a person’s way of dressing or body then immediately recognize that they are AMAB.

That’s because there’s no correct way to look like an AMAB non binary person. Nonbinary people can have any of the following characteristics:

Life As A Nonbinary Person

There is no right or wrong way to be nonbinary. Nonbinary people have an identity that cannot be described as a man or a woman, so what’s most important is that you’re expressing your sexuality in ways that feel safe, authentic, and comfortable.

Here are some ways that AMAB NB folks tend to express their gender:

It’s a common misconception that coming out as nonbinary means that you have to change your pronouns. However, it’s completely fine to maintain your gender binary pronouns (he/him/she/her) as long as you continue to feel comfortable using them.

Aside from gendered pronouns, here is a list of pronouns that nonbinary people often use:

It’s always best to introduce yourself to others with your name as well as your pronouns. However, if you feel most affirmed whenever people only refer to you by name (not by any pronoun), you may also share this fact.

Some nonbinary people assert that using gender-neutral language is more affirming of their identity. Here are some ways you can use gender-neutral terms:

When it comes to using restrooms, there are no rules for nonbinary people who are assigned female or male. Some nonbinary folks might feel more comfortable at a gender-neutral restroom, while others may prefer a segregated space.

Gender identities are complex and may change over time. If you feel that you would rather identify as another gender after coming out as nonbinary, that is no problem.

Still, it’s important to understand that AMAB or AFAB are not identities. It’s always best to read a person’s self-description and refer to them by their chosen pronouns. This is a great way to be respectful, accepting, and affirming of every person’s identity and individuality.

For more topics like this one, check out our Live section. 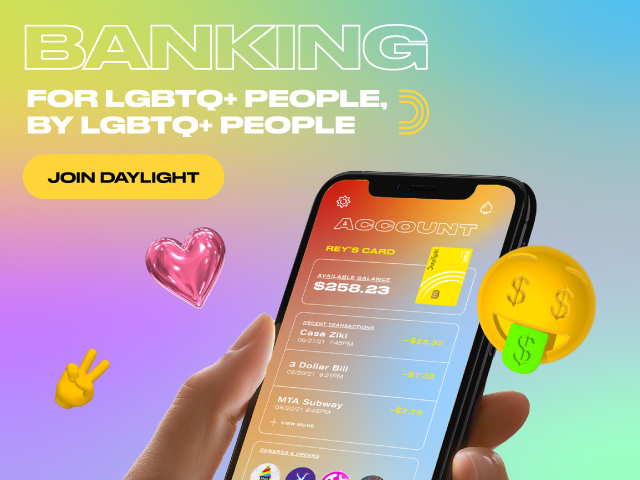