Stories have always come naturally to comedian Natasha Samreny, who had a penchant for telling a tale – both on the page and on the stage – even as a child.

Growing up, the self-described “multicultural military brat” was initially drawn to writing. “As much as you can be a writer, as a kid, I guess I was,” she said.

Eventually, Samreny discovered other ways to share stories. She recalls one pivotal creative moment from when she was 9 years old. Living in Germany, where her parents, U.S. military members, were stationed at the time, she entered a storytelling competition.

Competitors were asked to perform a children’s book “in a compelling way” for an audience, she said. “Somehow, I found this event, and I was attracted to it. Of all the sports I did, that one trophy, I was so proud of it. A tiny globe – on it my name and the word ‘storyteller.’ That was my first taste of performance.

Eventually, her family landed in the Tampa Bay area. Of all the places she’s lived, it was the most difficult transition for her.

“I refused to call Florida my home for the first five or six years,” Samreny said. “I refused to identify as a Floridian. And I would not come out of the Florida closet.”

Over time, though, Florida became home to her, and despite all her moving around, it’s where she’s spent the bulk of her life.

After graduating from high school in Plant City, she went on to study journalism at the University of South Florida.

Raised a Mormon, Samreny was still a part of that religious community and engaged to be married. During her time at USF, though, she realized this wasn’t the right path for her.

“I realized that he’s not my person and we wanted very different things,” she said.

So, she called off the engagement and left the state for graduate school. She studied Middle Eastern studies and Arabic at University of Illinois Urbana – Champaign – and dreamed of working as a freelance journalist who traveled the world. She completed her master’s program in the middle of the national housing crisis. Unable to find her dream reporting job at a livable wage, she contracting with a marketing company in the Tampa Bay area.

Samreny As a Professional Comedian

After a year in Florida, she headed back to Chicago. Looking to “break out of journalism mode,” she began taking writing classes at Second City, an iconic comedy club and theater and improvisational school. It was vastly different from any journalistic writing she had done.

“I didn’t know shit about Second City at the time,” she said. “I knew shit about comedy. But I was delighted to fall into a weird space as a writer and semi-anthropologist, observing people and writing about it. It felt right to me, and I thought, ‘I want to be part of this, at least for right now.’”

While she had discovered storytelling as a graduate student, during her time at Second City she decided to give improv and stand-up comedy a try.

“All of a sudden, I’m calling myself a comedian in Chicago,” she remembers.

Where You Can Find Her

Samreny eventually returned to Florida, where she’s lived for the past six years, tapping into the local storytelling and comedy scenes.

She discovered Florida Studio Theatre’s improv theater, FST Improv where she performed as part of the touring MainStage cast. The improviser also taught live storytelling classes for adults, many retirees reviving their own theatre and performance days.

She added, “There isn’t really a place here (in Tampa Bay) that has an ongoing improv and sketch comedy structure in place with so many classes and so many teams, but I definitely found that in FST.”

So she produced her own over the years, cofounding and producing the BIPOC troupe Millennial Fresh with Joey James and the Westcoast Black Theatre; she collaborated with Tampa’s longest-running sketch troupe Some Sort of Show, and hosted and cast her own comedy showcases and mini-tours through the years.

“I miss being back out in the world regularly,” she said. “Playing for strangers in different cities. The feeling is electric. Recently, I did a few shows up in Wisconsin and Minnesota. My favorite part? Riffing with the crowds. Just having a conversation. You’re all just people. They made me laugh as much as I made them.”

Samreny’s stand-up comedy and storytelling blends “absurd” observational humor with stories from her own life, including her relationships and upbringing, she said.

Over time, she’s also built more character work into her set. “Not necessarily impressions of famous people, but people I know or have met. I’ve always been interested in the way people think.”

She added, “Really, the absurdities of life interest me. When I first started improv, it was sort of very freeing. I had more of a structured writer mentality growing up. You know? There were rules to things, and I had too much of a perfectionist attitude. But perfectionists are never perfect. Luckily, improv lets you fail and laugh about it.” 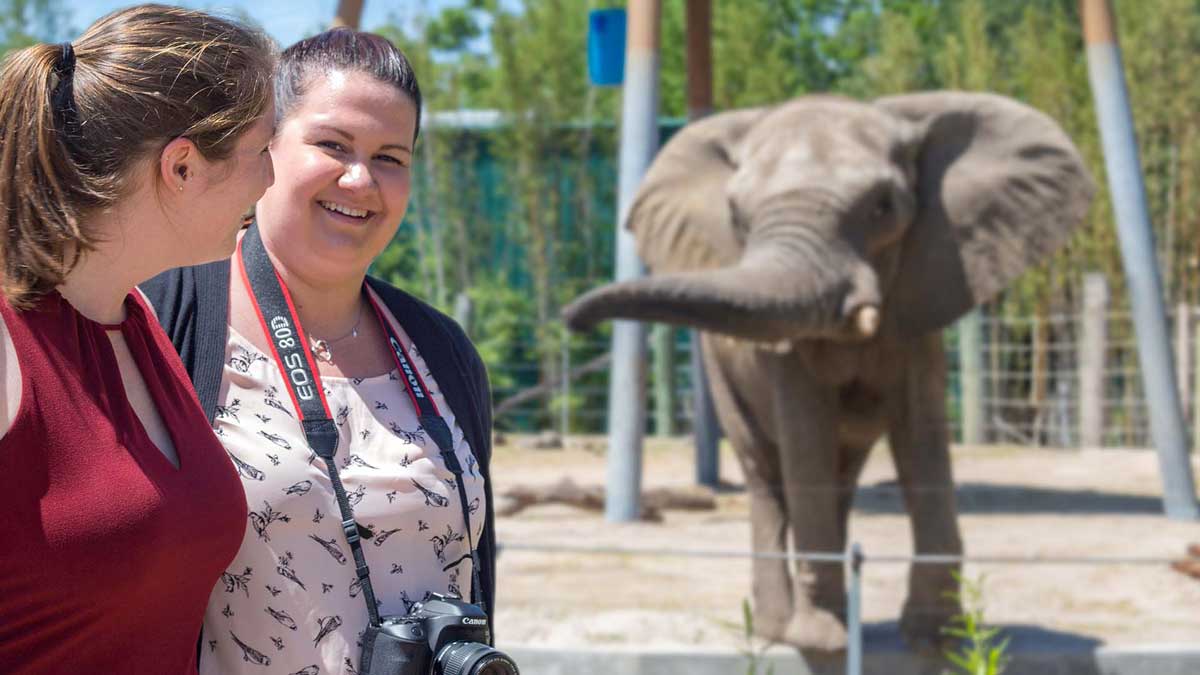