Central Florida is about so much more than just theme parks and hotels. The area is also rich in culture. Here you’ll find museums of all kinds, art galleries, theatre and music. There are plenty of things to do in this beautiful part of the state.

The Orange County Regional History Center, housed in a neoclassical revival building, was completed in 1927 and first served as the main courthouse for the county.

The History Center’s collection documents the rich heritage of the region. Ehxibits include fascinating glimpses of the history of this every-changing area.  This is a great place to visit when you need a break from theme parks and other amusements.

The Museum of Military History, Kissimmee

The Museum of Military History brings to life an understanding of the U.S. Military through interactive exhibits. There are hundreds of artifacts, photographs, and first-person accounts of military life.

There are exhibits about the five branches of the U.S. military. Visitors can also learn about various conflicts, starting with the Revolutionary War.

Don “Big Daddy” Garlits has been dubbed the “King of the Dragsters.” He is considered the patriarch of Top Fuel Drag Racing.

The Museum houses over 30 of his innovative hand-built cars. These vehicles carried him to 144 national wins and 17 world championships.

The Museum is also home to the International Drag Racing Hall of Fame. Big Daddy’s Classic Car Collection also open to the public.

The Wonder House is a unique building that’s worth a visit. Construction on the house began in 1926 by Conrad Schuck, an inventor and builder. The house wasn’t completed until over 40 years later. The structure is four stories tall, with two additional stories underground. It’s built from concrete over stone and inlaid with glass and tile mosaics.

The house features devices that were ahead of their time. These include delayed light switches and natural air conditioning. Today, it’s a full-time private residence that is opened up for public tours on a limited basis. 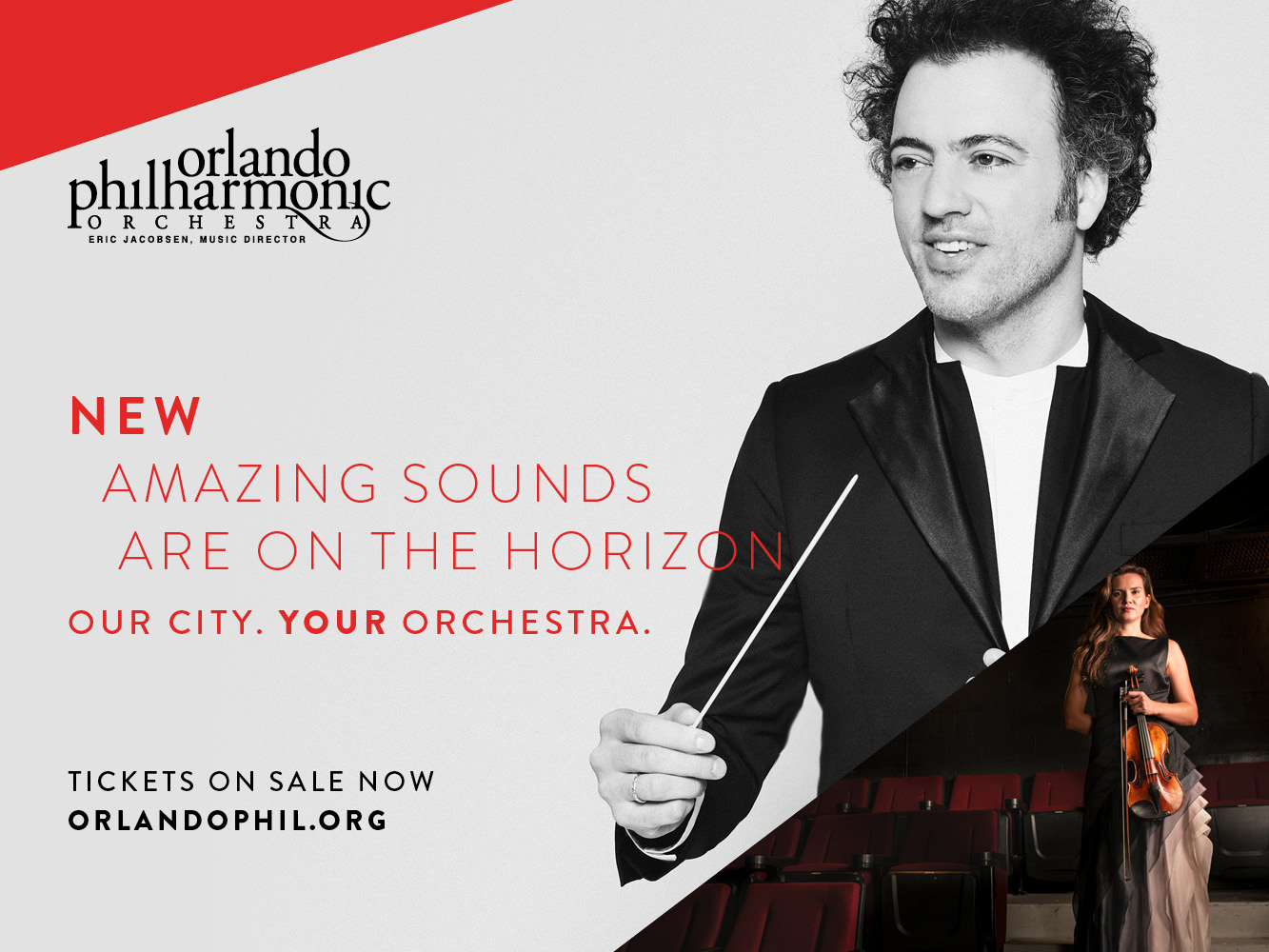 The award-winning Orlando Museum of Art was founded in 1924. It is still one of Orlando’s leading cultural institutions.

The Albin Polasek Museum & Sculpture Garden is a tribute to this Czech-American sculptor. He was born in Moravia (now Czech Republic) in 1879 and immigrated to America in 1901 as a young woodcarver. In 1916, he became the head of the Sculp­ture Depart­ment at the Art Insti­tute of Chicago, where he remained for nearly thirty years.

Polasek received many awards throughout his career. The Museum’s collections focus primarily on American sculpture, including over 200 works by Polasek himself. Visitors can take guided tours of the his­toric res­i­dence and chapel. There is also an out­door sculp­ture gar­den.

The artist’s home and studio are listed on the National Reg­is­ter of His­toric Places. It is also a National Trust’s His­toric Artists’ Home and Studio.

The Morse Museum houses the largest collection of work by Louis Comfort Tiffany, including his famous art glass, leaded-glass lamps and windows, as well as jewelry, pottery and paintings. Some of his most notable designs on exhibit are his chapel interior from the 1893 World’s Columbian Exposition in Chicago (aka The Chicago World’s Fair), and art and architectural objects from his Long Island country estate, Laurelton Hall.

The Museum also has exhibits that include American art pottery, late 19th- and early 20th-century American paintings, graphics, and decorative art, all part of the Morse collection. The Museum offers guided tours, lectures and other programs throughout the year.

The Mission of the Orlando Science Center is to inspire science learning for life by being the spark that ignites an interest in science. This award-winning, hands-on science museum has brought science to life for people from around the world for more than 60 years. It has four floors of interactive exhibits, labs, workshops, theaters, an observatory, and experiences that change with the seasons.

The range of exhibits covers all ages, from infants through adults: the Kids Town gallery, designed for children 7 and under, features seven dynamic and interactive zones where even the littlest scientists can climb, tinker, explore and splash in the water in activities that increase their cognitive development; the Hive, for ages 8 and up (including adults) is a cooperative workspace for making things, learning how they work, exploring and sharing, where visitors use real tools, materials and mentors to help turn creative ideas into reality.

You can learn how to sew a button, create an origami crane, design a figurine using 3D modeling software and more. And this is only the beginning – there are six more exhibit halls to visit! When you need a break from the exhibits, visit one of the theaters and enjoy a high-def 3-D movie.

Explorations V is the only Children’s Museum in Central Florida. Their goal is to provide fun-filled learning adventures for children and families through cultural exhibits, educational program and events in the arts and sciences. Everything is centered around a celebration of the five senses, hence the “V” in the name. Different exhibit areas teach about agriculture, construction, archaeology, and performing arts, aimed at children from toddlers to young adults. The Museum also offers many different programs year-round, as well as school closure day camp and summer camps. 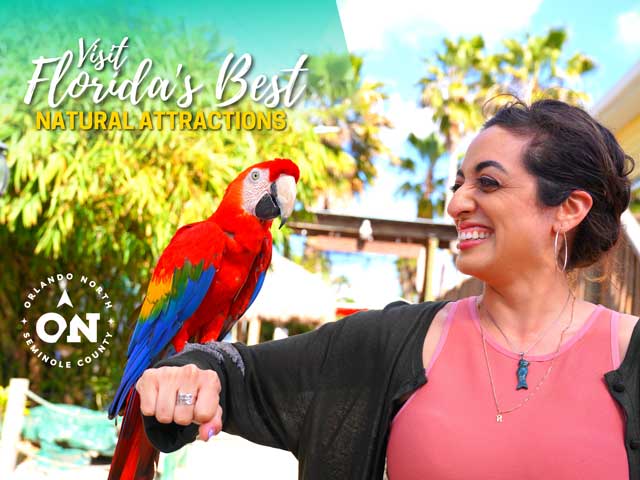 Theatre Winter Haven was established in 1970 and has been located in the Chain O’ Lakes Complex since 1977. The MainStage theatre seats 332 and presents six shows each year as part of a subscriber series of musicals and plays.

As a community theatre, it uses volunteers for actors, stage hands, musicians, directors, scenery and all other aspects of a production. It has been named by the Tampa Tribune as “one of the best community theatres in America.” They also offer theatre and dance classes, student productions, community choir and more through their Performing Arts Academy.

In addition, the Ritz Theatre in the heart of Winter Haven partners with Theatre Winter Haven. It was originally designed for both movies and live stage shows. Today, its featured events include a monthly comedy show, concerts and tribute bands, magicians/illusionist, stage productions, historical films, watch parties and more.

The Sonnentag Theatre at the IceHouse is home to the IceHouse Players. This community theatre group began in 1948. They still put on five or six productions each year.

The Polk Theatre was originally a vaudeville/movie house, built in 1928. It has been restored and now shows films and hosts concerts. Lucky visitors will also get to hear a volunteer play the historic pipe organ before a show.

The Silver Moon Drive-In has been showing films in Lakeland for over 70 years. It was the first drive-in to open in Lakeland, and now it’s the last drive-in located in Polk County. You can still catch first-run double-features seven nights a week. There’s a full-service snack bar. On weekends it operates as a Swap Shop.

And while you are exploring these locations, don’t forget to check out other fun destinations in Central Florida.